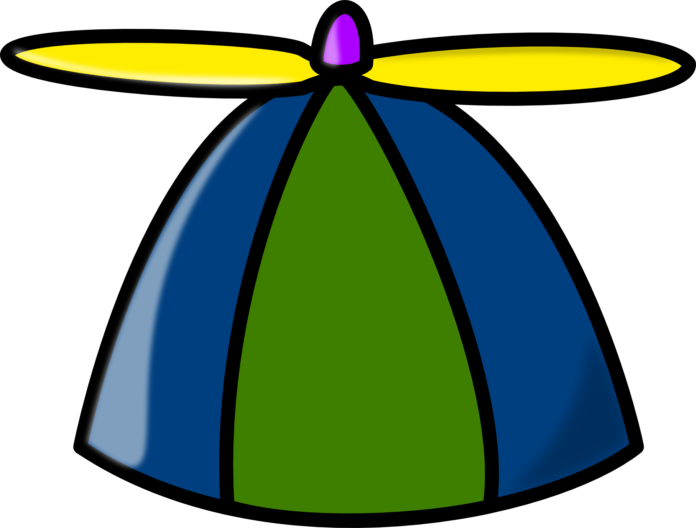 When I write technical books and articles, I generally assume my audience is composed of ordinary people, not programmers or computer experts. I try to provide enough context and detail so that any reasonably intelligent person can get the gist of what I’m saying, even without prior experience in the topic I’m discussing. But in one of my books, I described a certain procedure that, because it was somewhat complex, should only be attempted by those with a fair amount of computer know-how. The way I put it was this: “Unlike everything else in this book, this rather involved (and entirely optional) technique does require you to wear a propeller beanie…”

A few months later, I got an email from the man who was translating the book into German. His entirely reasonable question: “What is a propeller beanie?”

I found it surprisingly difficult to answer the question. I can describe what a propeller beanie looks like, but if the translator put the German equivalent for “child’s skullcap with a decorative plastic propeller” in the book, that would not be meaningful to the readers—they’d wonder, “Why must I wear a silly hat to be able to do such-and-such with my computer?” After explaining, as best I could, the cultural significance of the propeller beanie in America, I told the translator that it would be best just to say, “This technique requires you to be technically proficient.” I have no idea if there is any shorthand symbol in German that represents the same bundle of ideas that the propeller beanie does in English. But this exchange, besides bringing back memories of graduate linguistics courses in the problems of translation, made me wonder where the propeller beanie actually came from, and how it came to mean what it does today.

Putting On Your Thinking Cap

Science fiction author and cartoonist Ray Nelson claims to have invented the propeller beanie while still a high school student in 1947. The story is that he and some friends decided to take some pictures parodying science-fiction icons of the day. To represent a hero with an antigravity device, someone decided they should put a propeller on a hat, and Nelson quickly put one together from scraps of plastic he had lying around his room. One of his friends, George Young, believed at the time (and apparently still does) that Nelson bought the cap at a dime store rather than making it himself; Nelson maintains to this day that the cap was his invention. In any case, they all agreed the propeller beanie was a great joke, and Young later wore the hat at a science fiction convention—to much general approval. So Nelson drew a cartoon featuring Young in a propeller beanie as a symbol of science fiction fans. This cartoon led to other cartoons and eventually to an animated TV show called “Beany and Cecil” in which one of the characters, Beany Boy, wore the eponymous propeller beanie. The show in turn led inevitably to merchandising, and thus a cultural phenomenon was born.

There being (as far as I’ve been able to determine) no drawings or stories of the propeller beanie that predate Nelson’s claim, I believe that he did in fact invent it. Due to a series of misunderstandings, Nelson was not properly credited with the invention when it was first commercialized, and though the manufacturer (and the cartoonist from whom they licensed the design) made millions on the propeller beanie, Nelson himself received none of that money. In any case, no one disputes that Nelson was responsible for popularizing the propeller beanie through his cartoons.

Mark of the Geeks

Meanwhile, the sci-fi fans who had made their own propeller beanies by hand and worn them proudly when they were an “in” joke stopped wearing them as soon as they became popular among the mainstream youth of America. Although the propeller beanie appeared in comics for years afterward, the fad itself soon faded, and any child over a certain age who still wore such a cap was considered socially unsophisticated—reinforcing the stereotype of the science fiction fan as being out of touch with reality (including fashion trends). Eventually, however, computer enthusiasts resurrected the propeller beanie as a self-deprecating badge of honor—as if to say, “Yes, we know we’re out of touch with reality, and we’re proud of it!”

That is the sense in which I’ve always known the propeller beanie: a representation of the nerdy technophile. In the early 1990s, I was living in Pittsburgh and working as a computer graphic artist. A few blocks from my office was the headquarters of a small software company, and I got to know several of the employees there through a mutual friend. This company (which has been out of business for many years now) had a group of faithful hangers-on who served as beta testers—people who try out new software before its release and look for bugs, so that they can be fixed before it ships. I signed on as a tester for one of their products, and dutifully found and reported as many bugs as I could. When the software shipped, they honored their best beta testers by giving them a propeller beanie and a certificate that said “Order of the Beanie.” Getting my own beanie was a proud moment, and I think I still have that certificate somewhere. Later, when a friend and I started a (short-lived) consulting company called ComputerGeeks, Inc., we used a picture of a propeller beanie as our logo; our slogan was “We’re geeks so you don’t have to be.”

The classic propeller beanie is brimless and multicolored, typically with alternating wedges of different colors. Some modern designs add a brim—effectively making it into a baseball cap with a propeller. But you can find caps in every conceivable color and style, including caps with multiple propellers in various configurations, and even propellers facing forward, like a windmill. (For an extensive—and I do mean extensive—selection of fully customizable propeller beanies, visit my friends at Geek Culture.) What you cannot find, of course, is a propeller beanie with enough lift to fly off your head—much less take you with it. But the computer geek culture actually uses the propeller beanie in much the same way as it was originally intended: a way to make fun of oneself and the sillier side of the technology we love.

Note: This is an updated version of an article that originally appeared on Interesting Thing of the Day on September 23, 2004.