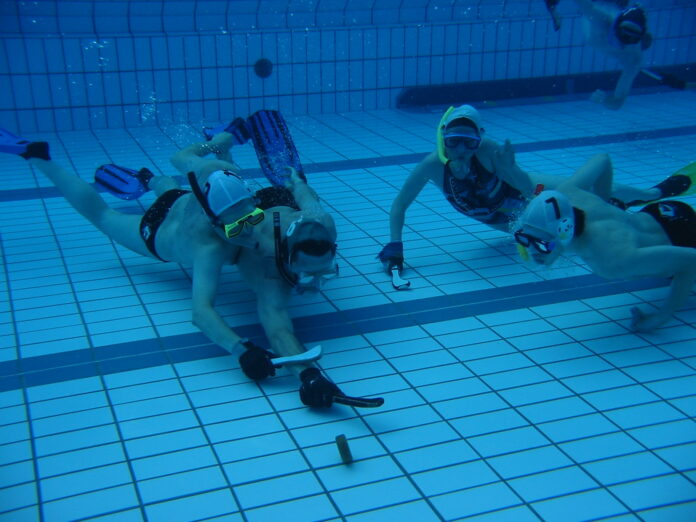 When I tell people I don’t care much for sports, their reaction is usually one of deep puzzlement, if not outright disbelief. I’ll be quizzed on whether it’s some particular sport I don’t like. No—I don’t like any of them. I’ll be asked if it’s specifically overcommercialized professional sports I object to. No—pro sports are no lower on my list of favorite things than Wiffle Ball. In a last-ditch effort to cut me some slack, someone will wonder whether it’s just participation in sports, as opposed to spectator sports, that bothers me. Again, no—I feel equal indifference toward pro basketball on TV and a pick-up game in the park. I’m just not—forgive me—a sports kind of guy.

That said, I do admit to some inconsistencies in what has been a lifelong practice of shunning sports. For example, I was once on a beach volleyball kick—going so far as to take a few lessons from a pro. (They didn’t go very well; I lacked finesse.) I also enjoy bowling on occasion, and find some of the flashier Olympic sports like figure skating quite entertaining to watch. I once had a professor who urged me to select a graduate school based on their water polo program. I didn’t, but it was tempting. And I lived in Canada for a few years, where I became familiar—to the point of tacit acceptance—with the national passion for two major ice sports: curling and hockey.

I was quite accustomed to hearing about hockey every morning on the radio as I drove to work, but one day I heard a story that I assumed must be a joke: They were talking about underwater hockey. I listened with disbelief, until I finally figured out that this was a legitimate—if highly strange—sport. And that interests me. I may not ever watch, or participate in, underwater hockey, but its mere existence fascinates me.

Unlike water polo, in which the action takes place above water, underwater hockey is played on the bottom of the pool. Players wear masks, fins, and snorkels, and dive down to about 8 feet (2.5m), where they slide a heavily weighted puck around using short, curved sticks. As in ice hockey, the general objective is for each six-player team to get the puck past the opposing team into a goal. The specifics, however, are different. The goals are 9 feet (3m) wide but only 8 inches (20cm) high, and untended. There’s no checking—it’s a non-contact sport. And a player can leave the pool at any time during the game to be replaced by one of four substitutes. A complete game consists of two fifteen-minute halves, with a two-minute halftime when the teams switch sides.

The Ups and Downs

The pace of play is the most distinctive aspect of underwater hockey, because players have to resurface frequently to breathe. Compared to the perpetual motion and lightning speeds of ice hockey, underwater hockey play seems quite slow and intermittent. But it’s an extremely demanding sport: the physical exertion of swimming underwater and pushing around a heavy puck is compounded by the challenge of holding your breath. The repeated diving and surfacing also gives underwater hockey a three-dimensional aspect, making the environment that much different from the flat surface of a rink.

Underwater hockey was invented by a British diving club in 1954 under the unassuming name “Octopush.” Over time, both the rules and the name evolved, and the sport eventually spread to dozens of countries in North and South America, Europe, Africa, and Asia. For some reason, no local club has yet emerged in Antarctica.

Enthusiasts of underwater hockey are quick to point out that it’s not much of a spectator sport. Fans outside the pool can see little but splashing and fins, and the sport doesn’t get much TV coverage. But the fact that you have to be playing the game to appreciate it gives underwater hockey a kind of purity and authenticity you won’t find in any other sport. People participate for the exercise, for the challenge, and for the competition—but most of all just to have fun.

Note: This is an updated version of an article that originally appeared on Interesting Thing of the Day on April 12, 2003, and again in a slightly revised form on March 20, 2005.