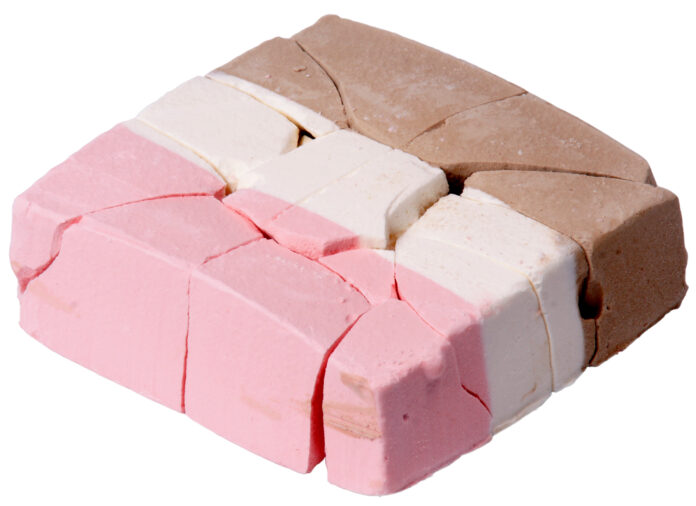 I remember where I was when I heard the news that Elvis died. On August 16, 1977, I was in Washington, D.C. on vacation with my parents and sister. We were watching TV in our hotel room while getting dressed for our day of sightseeing when the news was announced. Although they would not have said so, I suspected my parents were secretly relieved that the world was rid of a corrupting influence. As for me, I was only vaguely aware of Elvis from commercials pitching his records, and from the fact that he and my father had the same birthday. I was much more concerned that we have time to visit the National Air and Space Museum, which had just opened the previous summer, and which was to be—for me, at least—the highlight of this trip. The promise of getting to see a real spaceship, real moon rocks, and so on was, for this ten-year-old kid, incredibly exciting.

The museum was everything I had hoped it would be—and more. The last attraction we saw was, naturally, the gift shop, and I tried to get my parents to buy me as many of those amazing goodies as possible. One particular item near the checkout caught my attention: freeze-dried ice cream (“like the astronauts eat!”). At that time, Astronaut Ice Cream was not available just anywhere, and this curious novelty was too good for my mom, a confirmed ice cream junkie, to pass up. We bought a packet and marveled at how this warm, dry stuff nevertheless tasted exactly like ice cream. I had previously thought that the coolest thing about astronauts was that they got to go into space.

My experience with freeze-dried foods had, to that point, been limited to a jar of instant coffee that we kept in our cupboard for when my grandparents visited. That was the only time anyone in the house ever drank coffee (another corrupting influence, natch), and I think that one small jar must have lasted well over a decade. In later years I would come to believe that instant coffee (freeze-dried or otherwise) was an abomination, but then, as a ten-year-old, I still thought digital watches were a pretty neat idea too.

Nevertheless, the idea of freeze-dried foods has always seemed somewhat incredible to me, and not just because that’s what astronauts eat. I’ve frozen lots of things and never had anything come out of the freezer completely dry and reconstitutable into its original form. And I guess I sort of carried that sense of wonder with me into adulthood, feeling that freeze drying was some mysterious black art that was always intended to be beyond the comprehension of mere mortals. Then it dawned on me that I could find out exactly how it was done with a quick web search, so I did. I was a bit surprised at the answer—and also surprised at some of the other uses to which this process is put.

Freeze drying (also known as lyophilization) starts, logically enough, with freezing. The mundane process of converting the water molecules in a substance to their solid state is in fact much more of an art than I’d suspected. Depending on what you’re freezing and what its intended use is, you may prefer to freeze it very quickly (so that small ice crystals form) or very slowly (so that large ice crystals form). You may also choose immersion in a cold liquid such as liquid nitrogen, or simply using exposure to cold air. After freezing, though, the substance is subjected to a vacuum before being very gently heated. A precise combination of pressure and temperature causes sublimation, in which the ice crystals turn directly into water vapor without passing through a liquid phase. This vapor is then condensed and drained away, and the temperature and pressure returned to normal. Although this description is somewhat of an oversimplification, the result is a substance that is almost completely devoid of moisture, and yet not damaged in any other way.

There are, of course, other ways to dry foods, such as setting them out in the sun for a few days or using a convection drying apparatus. But such conventional dehydration processes present some problems. For one thing, they can take a long time, during which bacteria and naturally occurring enzymes begin to degrade the quality of the food, or even cause it to spoil. For another, the heat can partially cook the food—perhaps not the desired result. And conventional dehydration is rarely complete, leaving some liquid water molecules still present in the food. Freeze drying, on the other hand, removes virtually all the water, which in turn prevents bacterial and enzymatic activity—locking the food into a state of suspended animation for as long as ten years. Add water, and the food assumes more or less its original taste, texture, and nutritional qualities—though some foods, such as lettuce, rehydrate poorly because they have such a high water content in the first place. (And I probably don’t have to tell you that adding water to freeze-dried ice cream won’t produce anything resembling the original product.) Interestingly, freeze drying so carefully preserves the cellular structure of animal and plant matter that any bacteria that were present before the food was dried may reanimate when water is added, restarting the spoilage process that freeze drying put on hold.

Although food—whether coffee, ice cream, or complete meals (for astronauts or campers)—is the best-known application of freeze-drying, other substances that can degrade too rapidly when moist are also candidates for the process. This includes pharmaceuticals, blood plasma, and even roses. The latest fad, though, is using the freeze-drying process on somewhat larger items: pets. You can’t freeze-dry Spot and bring him back to life later by tossing him in the shower, but if your pet has already died, some companies will preserve it using a taxidermy process that includes freeze-drying. From there, the inevitable next step was to human corpses, and sure enough, a Swedish company has proposed just such a service, which they claim is much more environmentally friendly than either embalming or cremation. They intend to immerse your corpse in liquid nitrogen, shatter it into tiny pieces with ultrasonic waves, dry these particles, and then bury the final, compostable product in a coffin in a shallow grave—so that you can be directly reincarnated as, say, a tree. Just think: If they’d done that with the King, he really could still be alive today.

Note: This is an updated version of an article that originally appeared on Interesting Thing of the Day on November 5, 2004.