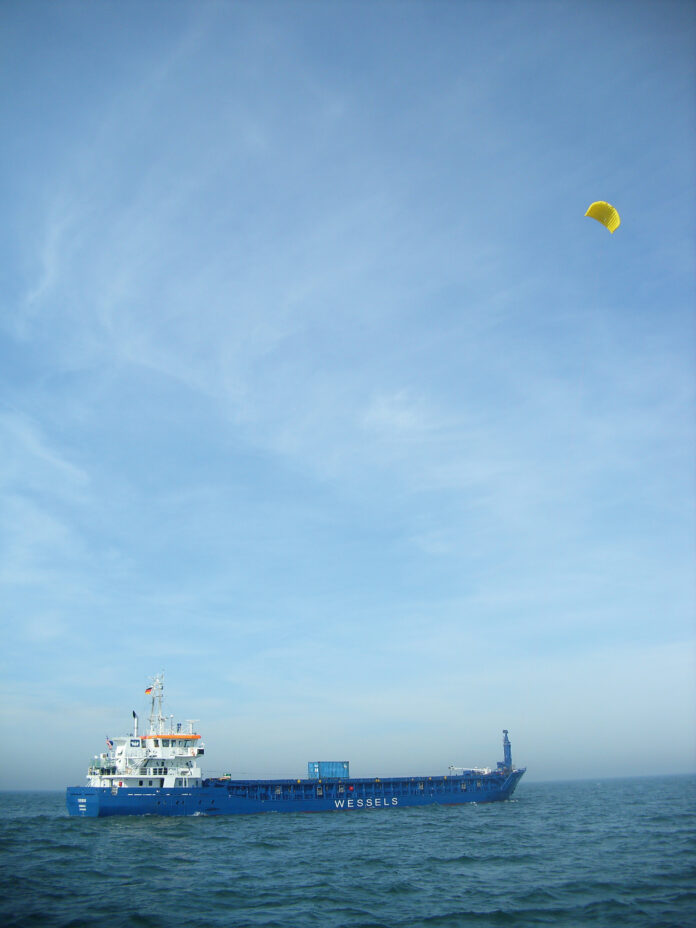 We’re well into the 21st century, and one of the big things on the minds of the world’s technologists is improving propulsion. Cars, trucks, and buses are moving from conventional gasoline and hybrid engines to electric power. Airplane manufacturers are designing better and more powerful jet engines (and are also experimenting with electric power). Submarines are being built with engines that require no moving parts. And rocket scientists are trying to figure out the best means of propulsion to use for sending spacecraft to Mars and beyond. High-tech solutions to get from point A to point B with greater efficiency and lower cost (Hyperloop, anyone?) are appearing constantly.

And yet, sometimes the best way forward is to go back. The brightest and best in the field of marine propulsion have come to the startling conclusion that if you want a reliable, inexpensive, and efficient way to move ships across the ocean, you might try…the wind.

The twist is that instead of using conventional masted sails, you can send the whole sail aloft, tethered to the ship by a rope—just like a kite. Using kites to pull vehicles along isn’t new; it’s been done for everything from surfboards, skis, and rollerblades to buggies and small boats. Such kites are known as power kites or traction kites. But multiply the size of these kites by ten or even a hundred times, add some sophisticated deployment and control mechanisms, and you have something else entirely: a kite sail, which can pull a large yacht or even a cargo ship.

My first thought on hearing about kite sails was that the idea was reasonable enough, but why not just use regular, masted sails—a tried and tested technology? That just goes to show you how little I know about ships and sailing. Masted sails, apart from being complex to build and operate, place a number of constraints on a vessel. It must have adequate ballast to offset the weight and pull of the masts and sails, for one thing. If carrying cargo, the masts and rigging can seriously complicate loading and unloading, not to mention reducing available storage space. And for vessels over a certain size, you run into problems of geometry and physics; sails would have to be unworkably huge to move the ship at all, and could never propel it at the speed of a petroleum-powered engine.

Kite sails, by contrast, take up almost no space. They attach to the deck, and the only real space required is for the deployment mechanism—typically a relatively short telescoping mast that lifts the kite up into the wind and later retrieves it. The whole process is automatic. Once flying on its own, the kite isn’t entirely at the mercy of the wind. It’s shaped like a parafoil and has numerous steerage lines connected to a control unit. By selectively shortening or lengthening the lines, the controller can alter the shape of the sail—and thus its direction and pull. And because the kite sail isn’t constrained by a mast, it can fly high enough to take advantage of winds that are often much stronger and less turbulent than those closer to the water’s surface.

Of course, kite sails do require the wind to be blowing, and you’ll need a healthy breeze to move a ship of any serious size at a reasonable speed. The wind should also be blowing in approximately the right direction—the closer to your direction of travel that the kite sail is being pushed, the more efficient the power transfer will be. However, depending on conditions and the kite sail design, the direction of the kite’s motion can be as much as 130° off in either direction from the desired direction of travel. In other words, unless the wind is blowing almost exactly the wrong direction, you’ll get some benefit from it. Some kite sail installations use a computerized system to plot the best route for your ship based on the direction of the winds in the area, which might take you on a somewhat roundabout course but at least saves fuel.

Kite sails are not intended to replace conventional engines, but to supplement them. So why would the owner of a ship spend hundreds of thousands, or even millions of dollars, to retrofit an existing ship with a kite sail? Two words: oil prices. Manufacturers claim that kite sails can reduce fuel usage, and its associated costs, anywhere from 10–35%, and in ideal circumstances, by as much as 50% for a brief period of time. Given the fluctuating cost of fuel and the attendant shipping costs, that savings—if it proves to be real—would be enormous. So far, commercial tests have been more modestly successful, with fuel usage reductions in the range of 5%–15%—not huge, but still significant. Meanwhile, the technology is also being put to good use on smaller craft, such as racing yachts and recreational boats.

Needless to say, using less fuel will be better for the environment, too; it’s a case where economics and environmental considerations happen to coincide nicely. And a kite sail might even serve as an inexpensive backup engine, enabling a ship with mechanical problems to get to port. It’ll be interesting to see if the idea gains traction (so to speak). If it does, it’ll give a whole new meaning to the expression “Go fly a kite.”

Note: This is an updated version of an article that originally appeared on Interesting Thing of the Day on October 11, 2006.