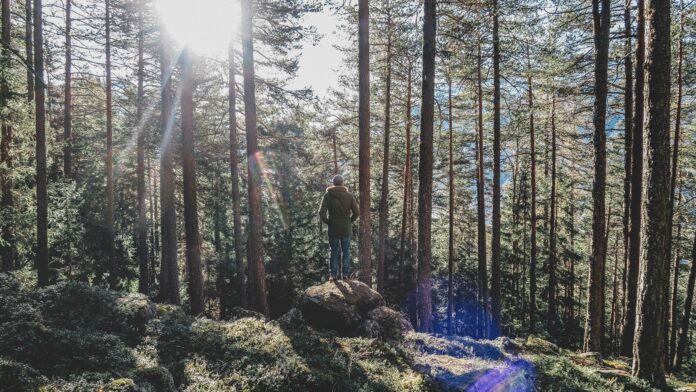 To the best of my recollection, I’ve never been lost in the woods (or elsewhere away from civilization)—or at least not sufficiently lost that I didn’t have a general sense of which direction I needed to go. But if I were, I’d have many options for getting my bearings. I recall learning, as a kid, that moss always grows on the north side of a tree, and then learning later on that under the right conditions, moss can grow on any side of a tree. When there’s no moss, or when the moss steers you wrong, you can use any of numerous other tricks to find north. Some of these don’t work especially well in dense foliage, in all weather conditions, or in all parts of the globe, but in almost any situation one of these ideas should do the trick. This is by no means an exhaustive list, of course, but it should put you on the right track, both literally and metaphorically. (Several of these suggestions were adapted and condensed from How to Find True North Without a Compass at wikiHow.)

Of course, if you’re lost in the woods, you’re probably also unable to search the web for how to find north. So if you expect to spend time in the wilderness, finding north should be one of those things you practice in advance, like making fire, purifying water, and avoiding dangerous wildlife.

Note: This is an updated version of an article that originally appeared on another of our sites, SenseList, on October 2, 2006.