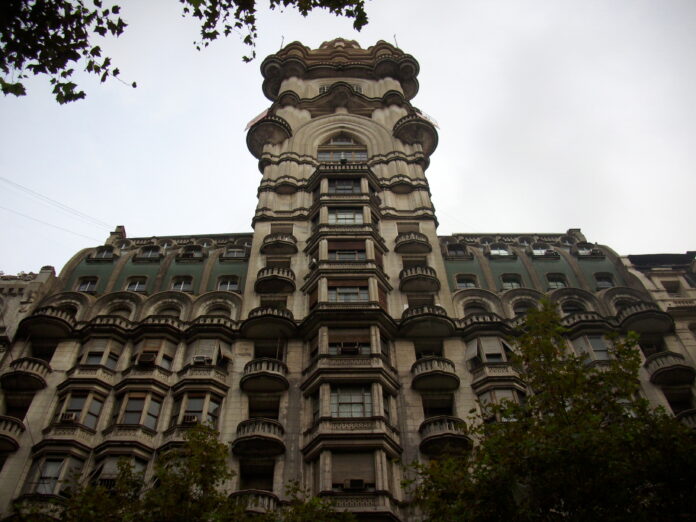 At the end of 2004, Morgen and I went to Argentina for a two-week vacation. When we got to the airport, we discovered that the first leg of our flight, to Dallas, had been delayed—meaning we would miss our connecting flight to Buenos Aires. The ticket agent worked valiantly to find us an alternative route, but for a long time had no success. Then she started laughing. She said the computer had suggested the following itinerary: San Francisco to Los Angeles; Los Angeles to Santiago, Chile; Santiago to Paris, France; and Paris to Buenos Aires. We had to admit, that was funny—we could have driven from Santiago to Buenos Aires in 15 hours, half the time required to fly via Paris. Fortunately, another, less circuitous option turned up. But perhaps we should not have been surprised; Argentineans sometimes think of themselves as living in a European satellite nation of sorts, and Buenos Aires does resemble Paris in many respects.

European influences are especially evident in the architecture. Take, for example, the Palacio Barolo (or Barolo Palace). This 22-story office building may not strike modern visitors as the most flamboyant structure in the city, but in its time, it was—excuse the expression—one hell of a monument.

Italian architect Mario Palanti was educated in Milan and moved to Buenos Aires in 1909. He belonged to a fraternal order called La Fede Santa (the sacred faith), as had poet Dante Alighieri, according to legend, centuries earlier. In any case, this brotherhood certainly reveres Dante, and Palanti conceived of a grand building that would embody in great detail Dante’s epic poem The Divine Comedy. Luis Barolo, an Italian-born businessman who had made his fortune in textiles, agreed to bankroll the project—and in so doing, lent it his name. When the building opened in 1923, it was the tallest building in the city; it held this title until 1935, when the Edificio Kavanaugh was constructed. Palacio Barolo was the first major building in Argentina—and one of the first in the world—to have been made entirely from reinforced concrete. The building’s ornate styling set it dramatically apart from the more austere architecture that was common at the time, and it even featured a domed lighthouse at the very top with a rotating beacon.

Stairway (and Elevators) to Heaven

Although the average pedestrian may have seen nothing more than a strikingly styled skyscraper, those who looked more carefully could see innumerable references to The Divine Comedy. For example:

And the list goes on. It is also said that in early June at 7:45 p.m. or thereabouts, the Southern Cross constellation aligns exactly with the axis of the building—though this may be a coincidence. I even read a report that Dante’s ashes were at one time intended to have been relocated to the Palacio Barolo, though that never in fact happened.

Across the Rio de la Plata in Montevideo, Uruguay, Palanti built Palacio Salvo, which is very similar in design to the Palacio Barolo but slightly larger—and intended for residential, rather than commercial, use. Like Palacio Barolo, it features a lighthouse at the top; the two lights may even have been visible to each other on a clear night in the 1920s. Today, both buildings have been eclipsed by much larger and flashier structures, but they continue to lend their respective towns a taste of other worlds—in this life or the next.

Note: This is an updated version of an article that originally appeared on Interesting Thing of the Day on January 19, 2005.